Back in July 2020 I released a fancy little tool called Snow Log Collector to try and make it a bit faster and easier to pull log files and data update job information in Snow Software environments. I haven’t touched it since then and there’s been a good few changes to Snow since then, and because of how (badly) I made version 1 none of those changes have been reflected. Basically, any new services that have been added since July 2020, haven’t been picked up by Snow Log Collector. GG, well done Laim. ♥ 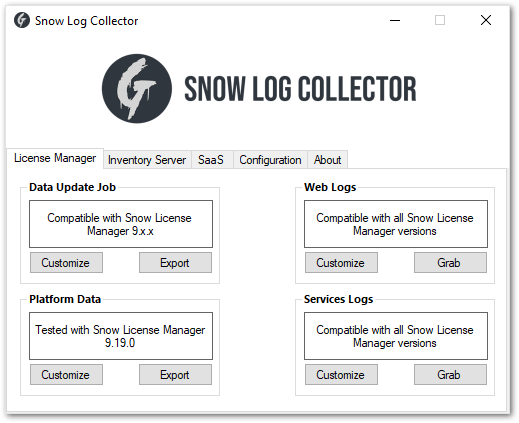 I’ve spent the last few weeks rewriting the tool from the ground up so I hopefully never have to touch it again unless there is a major overhaul. The scripts that are used for exporting data from the database are written to an .xml file in the Resources directory meaning that they’re easily customizable and changeable if Snow were to change any table or column names. An example from the DataUpdateJob.xml file below.

The logging directories are now stored in the Snow Log Collector.exe.config configuration file, by default these should suit all environments but if you’ve installed Snow somewhere that isn’t in Program Files it does mean it’s easily changeable also and should mean all environments are supported, unless you have a really weird installation. 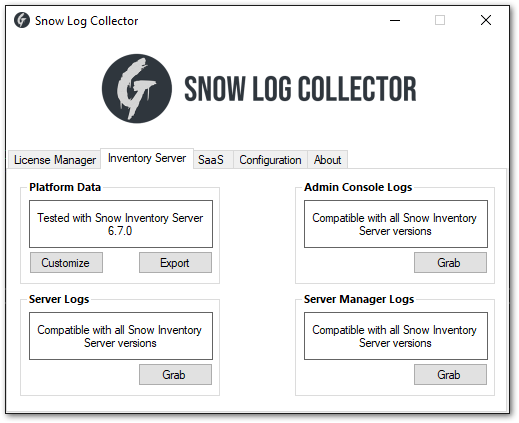 I also created an installer package and portable version of the tool, so if you don’t like installing things or can run a portable application without going through CAB, it should hopefully suit all needs. It’s entirely open source over on GitHub so feel free to raise a pull request or fork it and make it your own, it’s licensed under MIT so just bare that in mind. 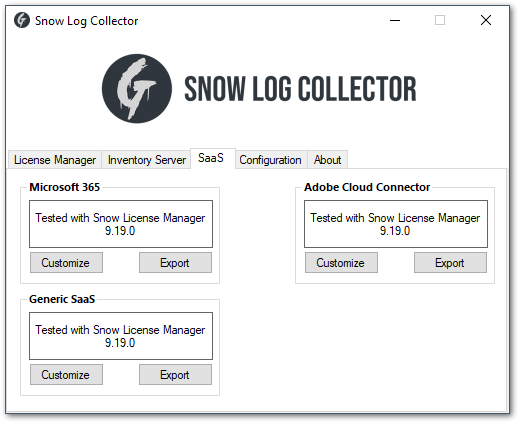 There is also a SaaS tab included now. This allows you to pull all data from the Database for Microsoft 365, Adobe Creative Cloud and any SaaS Generic Connectors that you have in place. These export out the system the same way as the Data Update Job exports so should be easily readable in Microsoft Excel for troubleshooting or for sending to support teams at a Partner, Snow Support or yourself.