It’s been around a month since the last devlog for Snow Platform Monitor, I’ve firmly decided to keep the name as is now so at least it won’t go through a name change again, woo.

I’ve been doing quite a lot of work on this over the last few weeks, I’ll attach the overall change logs to the bottom of this devlog if anyone is interested in seeing what the major changes have been. However, for a general overview I’ve finished the majority of the data exports along with some general UI changes, the service is in a working state however the data is purely exported to a directory at the moment, with no smtp functionality currently incorporated however, this should be done by the next devlog! 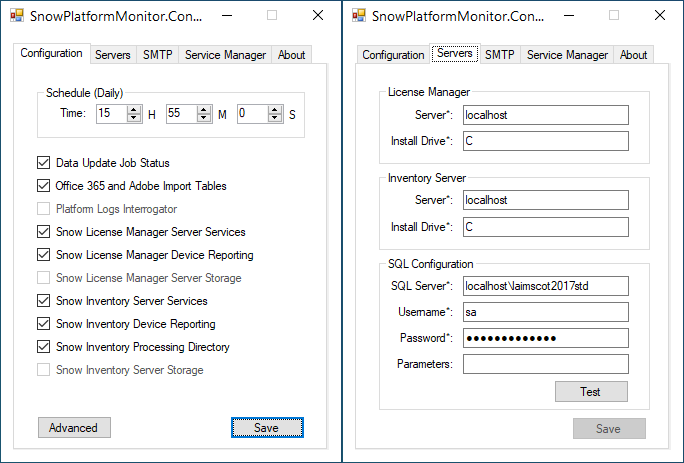 At the moment the biggest setback I have is that I’m using a prototype logger rather than a full-fledged one, so in the comings weeks I’m going to have to overhaul the entire Logging system which might setback the v1 release I have planned slightly. The major changes since the last devlog however are below:

I’ve also uploaded an example export spreadsheet that has been exported from v0.4.2 which should give a general idea of what the finalised product will look like. If you’d like to be involved or are wanting to test it out in your Snow test environment, feel free to pop me an email at beta@laim.scot.