Two years ago I released snwapi. snwapi lets you grab the latest release for Snow Software Products which you could use in a custom tool, script, spreadsheet, to compare against the installed versions you have across your estate. I haven’t really touched it since I released it up until a month ago when Snow changed their current product versions page and a friend of mine asked if I could add a few things to it, so that’s what I did.

Feel free to use this section as a TL;DR.

There is documentation over at snwapi.com/#documentation and I’ll be posting some examples over on the Examples Repo on GitHub in the next few days. You can request a key for Version 2.0 now.

For people like myself who like to see things visually though, enjoy some screenshots from PostMan below of how you should now authenticate with snwapi v2.0. 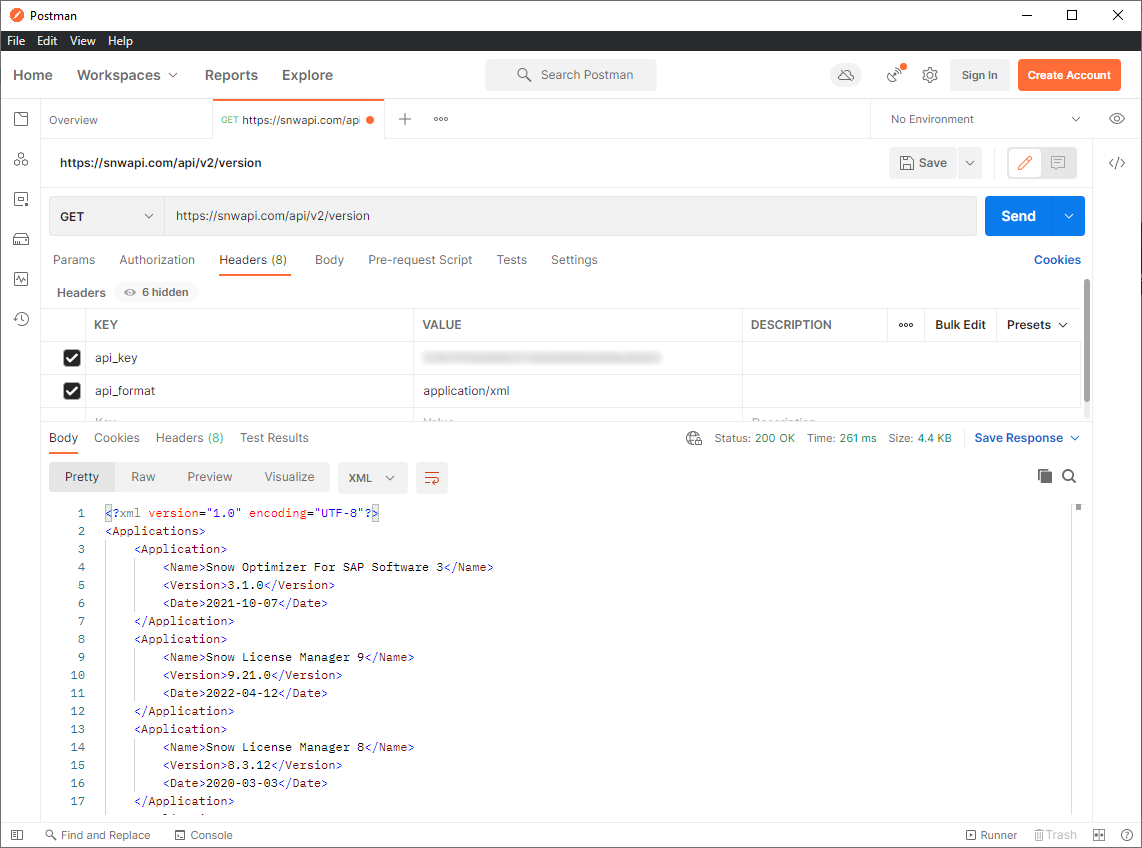 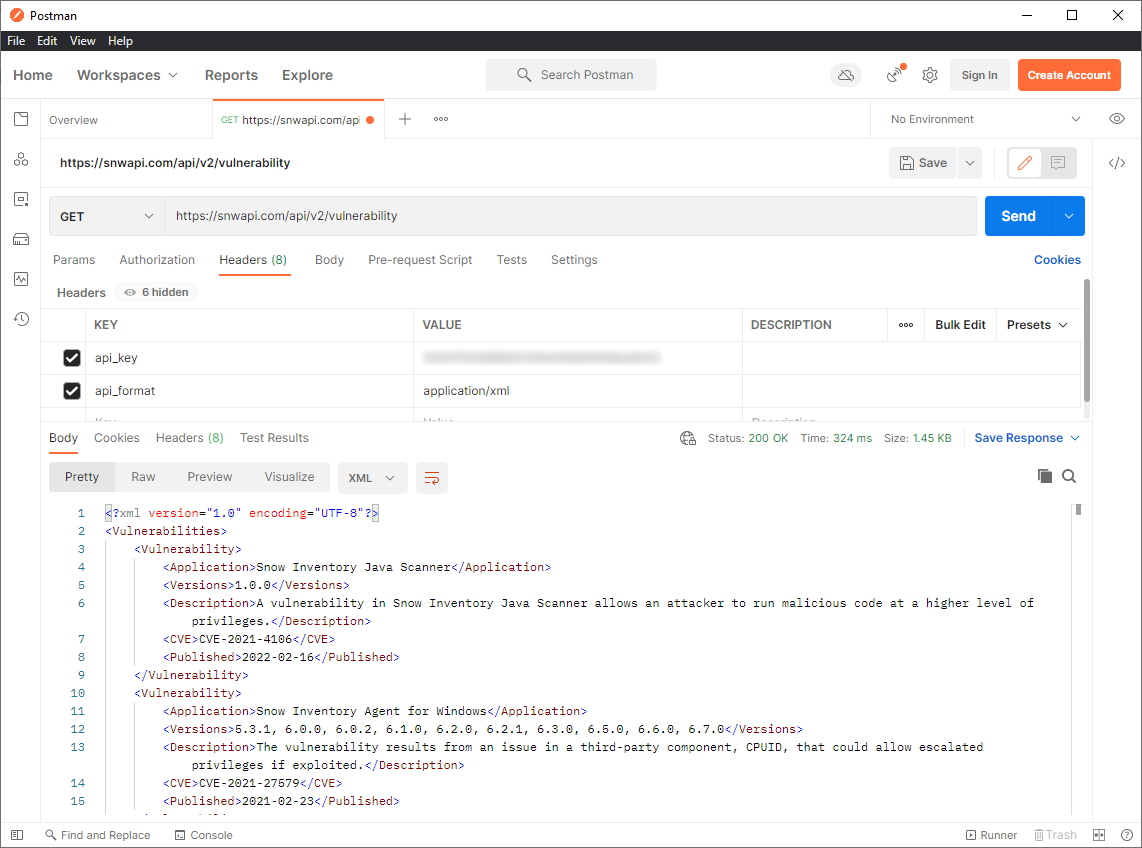 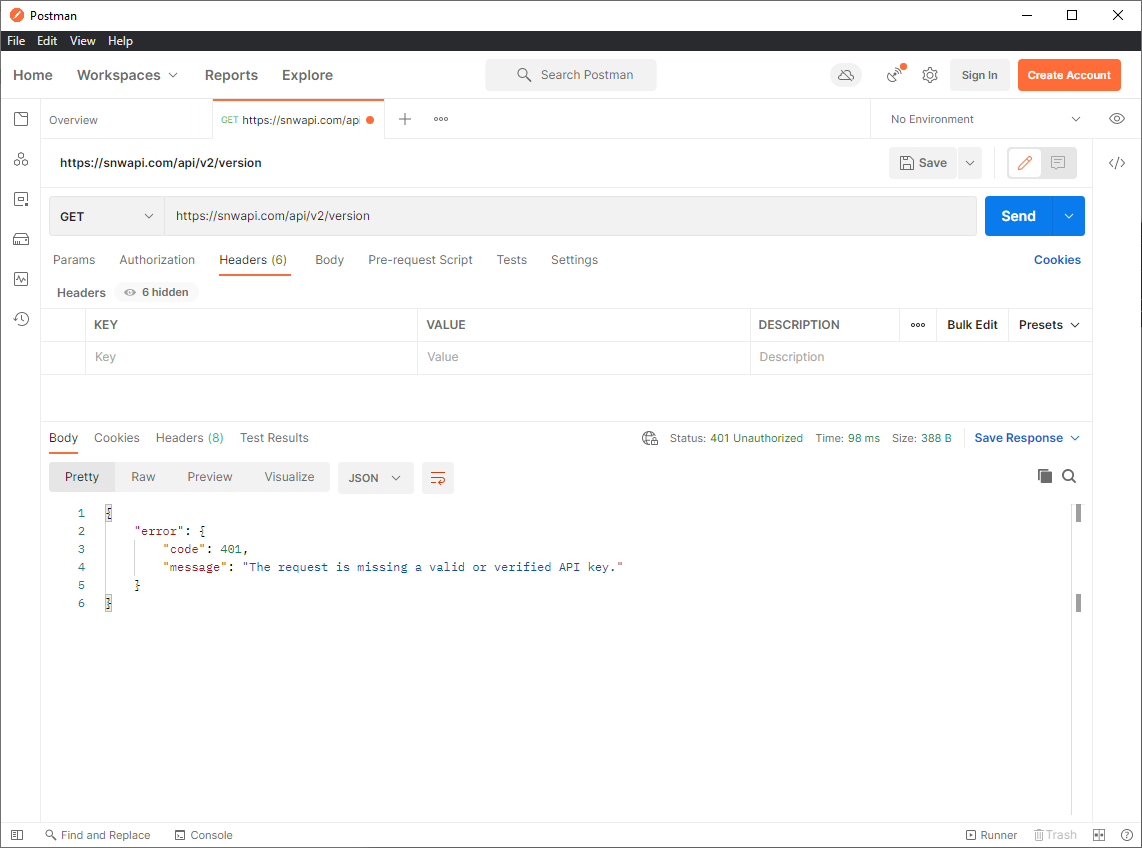 Version 1.0 will continue to get updates until July 1st 2022 at which point it will be disabled and users will be required to use Version 2.0. The switch over shouldn’t be too much work as the only real major difference is the required headers, the formatting of the data and naming conventions within the actual data is the same as Version 1.0.